Facebook Canvas: What does this mean for other mobile rich media ads?

Last week, Facebook announced the launch of its new ad unit called Canvas, a full screened rich media ad unit capable of delivering high impact experience on mobile. While many say that it’s cool and what not, I say “It’s about time, Facebook!” This is not exactly something new if you’ve dabbled into creating mobile rich media ads before. Mobile rich media ads have been around for at least the past 5 years or so, or when HTML5 was first introduced. It enables ads to be interactive and engaging with the use of video and multiple functions. 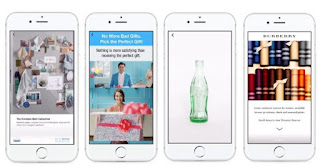 
To explain this to the layman, I normally say it’s an ad unit that expands full screen to show a micro-site of your brand. It is used to tell a story of your brand / product / service by creating different pages and different functions to drive home the points.

To be honest, I think both have its own strengths and weaknesses. The standard mobile rich media ads are design to run across mobile ad networks (which are outside of Facebook), meaning it can reach users on other long-tail sites other than Facebook. This works well if you want to reach an audience who are not necessarily on Facebook (think China). The key challenge for ad networks are of course the visibility of your ads to the audience, since most are running on bidding inventory and limited screen real estate.

On the other hand, Facebook Canvas is native to the app to provide the user a seamless experience when browsing through the timeline. Facebook of course have one major advantage….data. When they launched Facebook Reactions, its primary goal was to gather richer data from users (You can read more about it here). This means the Facebook Canvas ads are able to be micro targeted based on Facebook’s already rich data filters. Not to mentioned, how targeted the ad can be if you include your own set of data through Custom Audiences.


So which is better?

I would say, rich media mobile ads still plays an important role beyond Facebook. I’ve seen mobile rich media ads that can take advantage of mobile phone functions such as camera, gyroscope, voice functions and GPS to create a more personalized and engaging experience. I don’t think for now that Facebook Canvas is able to do that (or not yet at least). The main advantage that Facebook Canvas has is probably the richness of its targeting capabilities.

So before you decide to jump on the band wagon of creating ads using Facebook Canvas, it’s important to ask what is its main objective. For me at least, Facebook Canvas works well with brands that has e-commerce presence (works well as it offloads mobile traffic on e-commerce sites), telling a brand story and brand building. These ads does not necessarily require a lot of interaction with the user, but yet informative enough with a strong call to action.

If you want your ads to be more interactive and fun, then go for mobile rich media ads as it is able to leverage of mobile phone functionalities. End of the day, it also depends on where and who you want to reach out to.
Posted by demonick at 8:25 PM