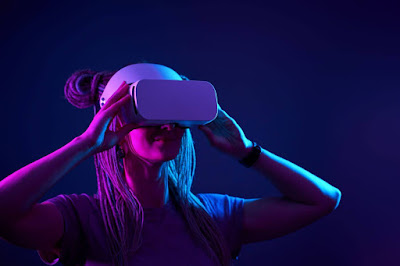 As we close off 2016 and reflect upon the year, we also try to look ahead into 2017 hoping that everything will be good in the digital space. For the record, I’m not someone who is an expert in spotting trends, but these are some things I feel will make an impact in the digital landscape in the coming year.

The Rise of Chat-bots
Chatbots are starting to gain some momentum among brands, especially those who manage customer service. The aim chat-bots is to free up the resource needed when answering day-to-day FAQs through automation when it comes to providing troubleshooting matters. However, chat-bots are still at an infancy stage. They still lack the “human touch” in terms of being able to communicate the same message differently to different audiences and they also can’t distinguish sarcasm as well. But I have a feeling that in 2017 more and more brands will start to explore and experiment with chat-bots and how it can help customer service.

Find out more about some best chat-bots around

Big(ger) Data
We all know by now the importance of data and the overused term “big data”. Often than not, marketers are only scratching the surface of how they can use all that collected data. But the more we dwell deeper into all that data and complex analytics, we hope to derive cognitive insights into helping us understand and predict user behavior. This would then benefit marketers in making better decisions during campaign planning and targeting of relevant messages more efficiently. 2017 will see more brands and companies relying on data and analytics to drive their businesses.

VR / AR
Virtual Reality (VR) and Augmented Reality (AR) have been around for quite a while. Companies like Layar, which allow brands to leverage its services to develop AR based engagement, have been around since 2010. However, 2016 saw the people at Niantic Labs (creators of Pokémon Go and Ingress) took AR to the next level, making Pokémon Go the most played game app ever. Meanwhile Mark Zuckerberg of Facebook gave the world a glimpse of how the future of Virtual Reality will look like during their Oculus Connect event back in October. Perhaps these 2 milestones will set the tone on what is to come in 2017 in both AR and VR worlds.

360 Videos & Live Streaming Videos via Facebook
It’s not very uncommon now to see brands leveraging on 360 videos and live streaming of events on Facebook to promote brand messages. But I feel the adoption in emerging markets as well as smaller brands are slow because of the higher production cost needed for the equipment to create these videos. But as we move into 2017 however, I get a feeling that more of these equipment will be available at a more affordable prices (price reduction due to higher demand). Basic equipment that allows you to create 360 videos are now made available and affordable via crowdfunding sites such as Indiegogo and Kickstarter.

#TrueStory?
2016 was the year that “Fake news” made the news. Facebook was also accused of promoting fake news which has influenced the outcome of the US presidential election. However, Mark Zuckerberg has pledge to develop tools to combat fake news. In 2017, this would definitely impact what people think is a credible new source or otherwise. I feel that this would also have an impact on brands embarking on branded content or content association strategy. An interesting article on reddit.com talks about exactly how click-bait type article also co-relates with fake news.

** Disclaimer: All above are based entirely on my gut feel and that I won’t be responsible if these trends don’t actually happen. **