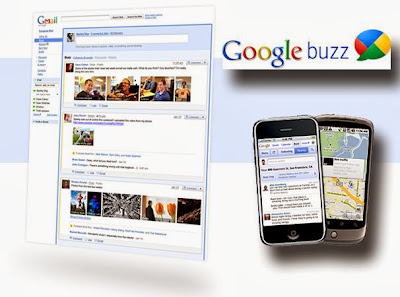 Google recently launched Google Buzz, a service to share updates, photos, videos, and more. There are a lot of criticisms when it went live 2 days ago, I for one am a skeptic, but also understand what Google is trying to achieve by doing so.

It certainly looks like a mediocre attempt to emulate Friendfeed and it certainly feels like it's a half baked product in terms of features. But if you look at how Google is positioning it in terms of a marketing stand point, it looks more like a beta or even alpha version of the upcoming Google Wave. Right now, Buzz is available as an extension on Gmail while they improve on Google Wave.

What I don't like most about it it's the way it's presented. Latest "buzz" threads are not displayed in reverse chronological order like Facebook or Twitter updates...which means users need to scroll all the way down to read new updates in a particular Buzz thread. Active Buzz threads are on the top, while the less active ones are below. Although it’s annoying, it does kinda make sense, because “buzz” is really what it’s all about; which are the more talked about topics/threads.

There also isn't a clear indication of who has updated what thread, unlike Facebook have with their "Notifications" tab. Also base on my usage, I’m only notified on Gmail on the threads that I’m participating in, and don’t get updates on those which I’m not. I might be wrong though. Bear in mind, you can also now share photos, videos and links using Buzz…nothing new really...all features that can and will expand into Google Wave in future.

In summary, I think Buzz is released to do what it's meant to do; to create "Buzz"...simple as that...nothing more in terms of function. If you ask me, Google definitely did a good job by getting users like you and me to use Buzz as a test platform for the development and enhancements for Google Wave in future.
Posted by demonick at 3:20 AM